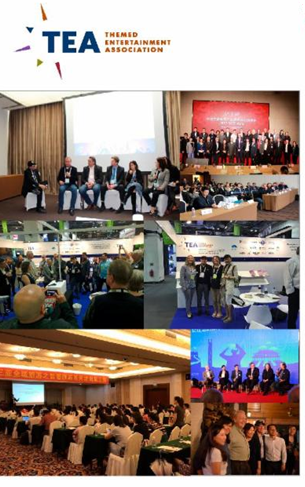 BEIJING, CHINA – 4 of the Top 10 largest global themed entertainment companies in the world shared their knowledge and experience within the entertainment industry for those attending the Themed Entertainment Association’s (TEA) forum at the China Association of Amusement Parks and Attractions (CAAPA) Expo in Beijing just last week. TEA also held a special panel session which featured several of its Asia Board Members, including California Center’s CEO, Margaret Wong.

CAE Beijing 2018 drew industry professionals from over 100 countries to this year’s venue. The three-day show hosted over 450 exhibitors, with more than 100 of them coming from outside of China.

California Center was also proud to join as a featured sponsor at this year’s TEA forum at CAAPA! 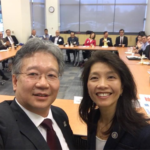 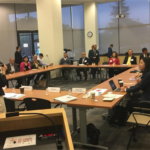 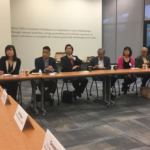 Among the issues raised during the discussion by the leaders present were: ways to strengthen the U.S. economy, cutting unnecessary and over-burdensome regulations on Asian businesses, improving the educational environment, cyber-security concerns, technology transfer from universities, and infrastructure investment planned by the federal government.

California Center Vice President Gordon Hinkle specifically noted at the meeting his concerns that many companies working to clean up our environment and reduce carbon output are constantly bombarded with regulations and procedures at both the state and federal level that limit application of innovative new technologies. Director Ham took note of the concern and responded that the White House is doing everything in its power to reduce over-regulation so businesses can thrive and also pointed to the role of the White House Office of American Innovation which is striving to help keep advancement of technologies progressing.

Ms. Shirley Gee, Chief Strategy Officer at DeltaTrak, Inc. and former Stanford University Professor also raised similar concerns about technology transfer from Universities into industry. Ms. Gee noted that too much useful information is sitting on the shelf in our nation’s universities. Director Ham took careful note of the issues raised and committed to helping bring such concerns to light both at the White House and at Federal Agency levels which was encouraging to the attendees.

December 2017 (China) – Margaret Wong, President/CEO of California Center and Board Member of the Themed Entertainment Association’s (TEA) Asia Board, joined other TEA representatives in meeting the owner of Chimelong Group Co., Ltd. earlier this week. The Chimelong Group is a conglomerate that owns and operates theme parks, luxury hotels, convention centers, high-end restaurants, leisure entertainment businesses, and it is the leading enterprise in China’s tourism industry. China is an enormous growth market for entertainment business and California Center is utilizing its unique resources in both U.S. and China to help U.S. companies to develop meaningful relationships and to better connect with China’s entertainment audiences. 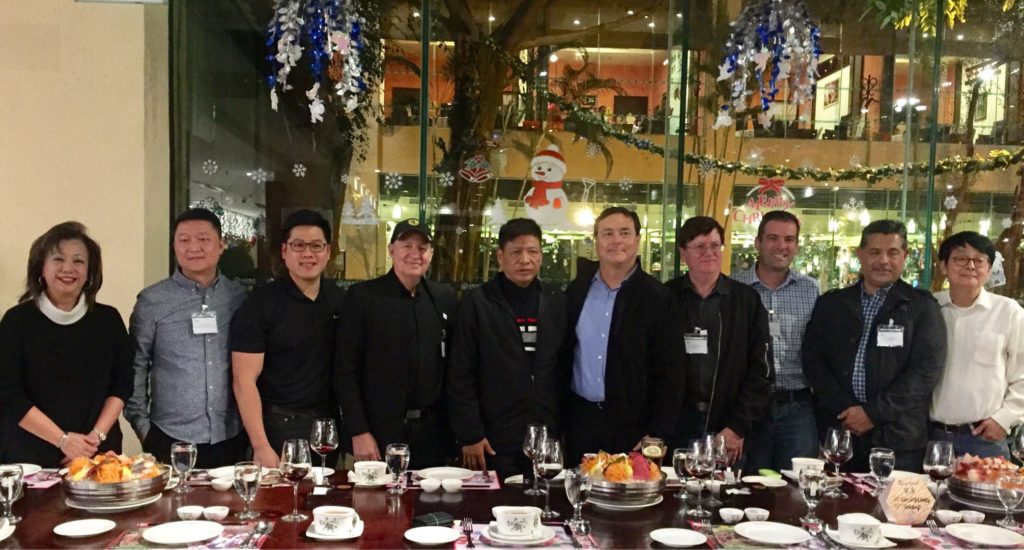 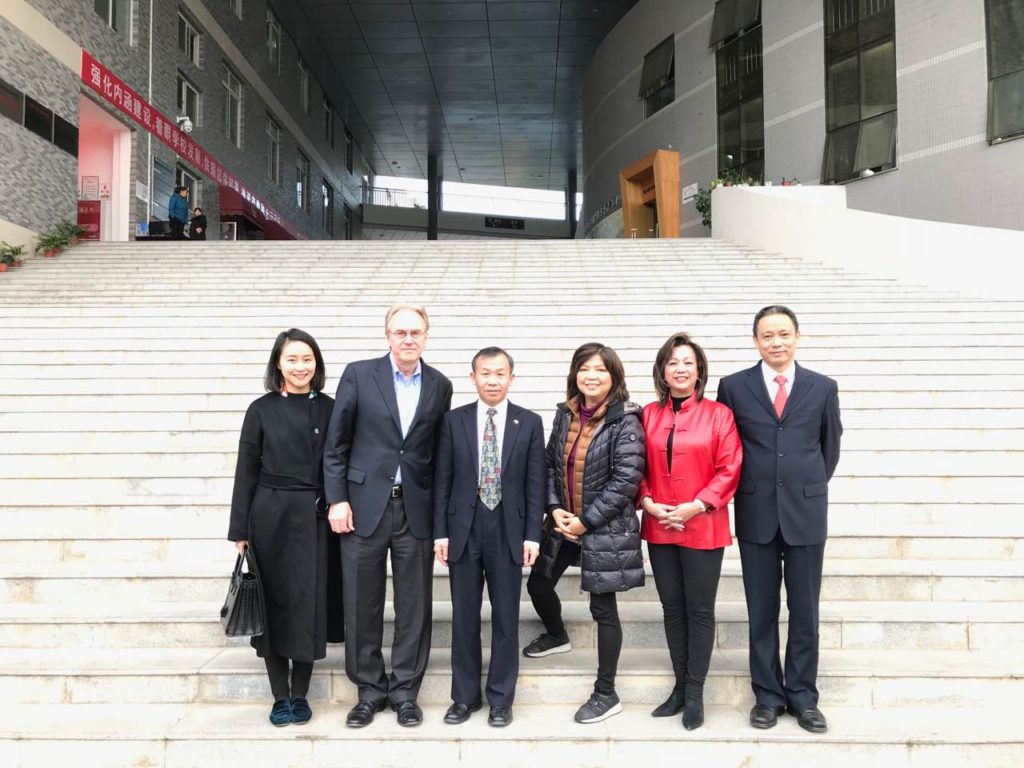 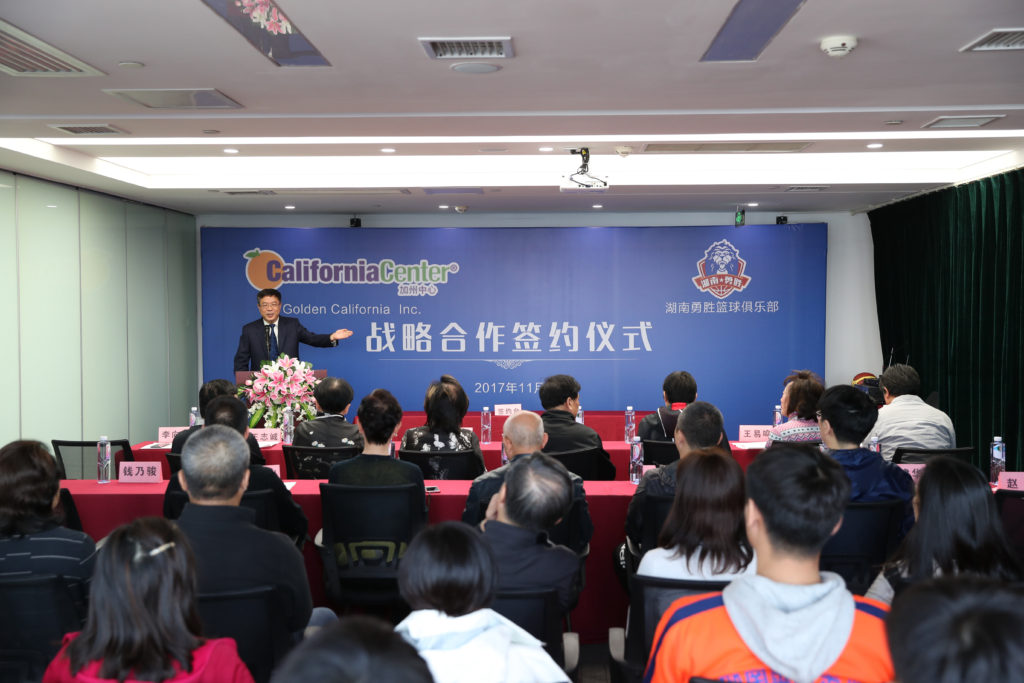 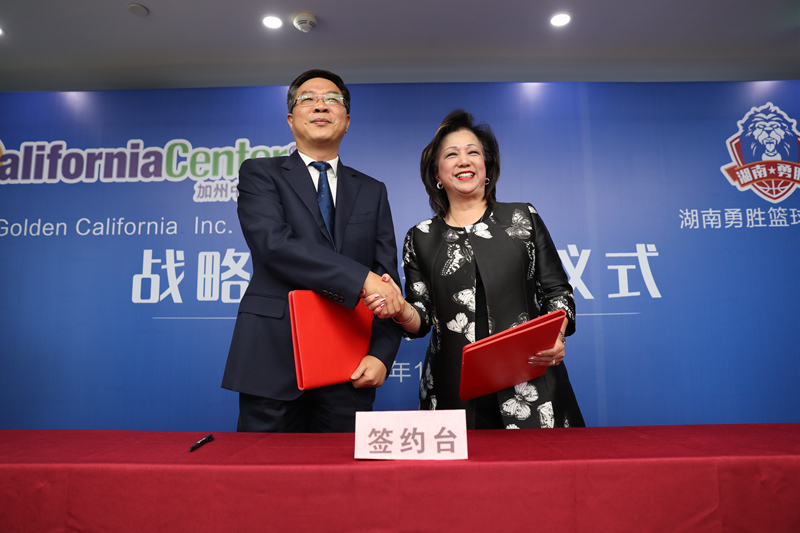 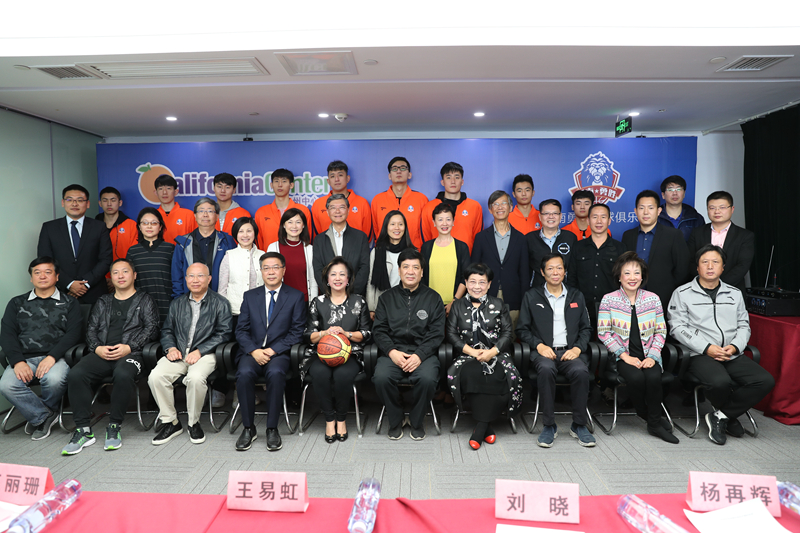 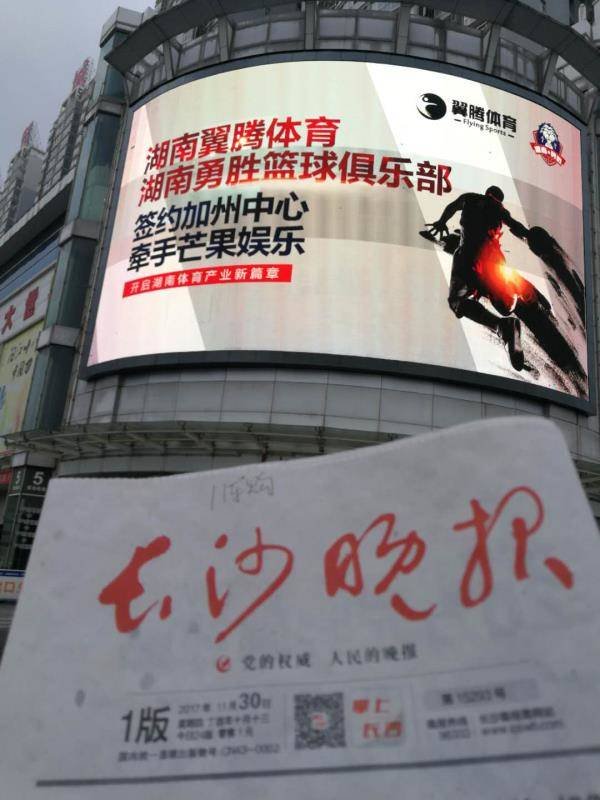 SACRAMENTO, CA – Governor Edmund G. Brown Jr. was hosted by the California Center over the weekend in Chengdu for a special business breakfast event during his historic visit to Sichuan Province, China.  Governor Brown is the first sitting California Governor on record to visit Sichuan, and made immediate use of his time by meeting with several key U.S. companies gathered together, to share with the Governor aspects of their experiences working in the region to further advance business relationships and clean energy cooperation.

“Much credit has to be given to the Governor for understanding the critical role U.S. companies are playing in this vitally important economic region of China, and we were honored to be able to host this important business engagement,” said California Center’s President/CEO, Margaret Wong.  “Chengdu and the Sichuan Province are the gateway to the ‘Silk Road’ which is a prominent and strategic focus of China’s economic plan that focuses on connectivity and cooperation – there is no better location than Chengdu for seeing first-hand the level of dedicated cooperation occurring between our two countries, we are so excited the Governor made this stop a priority.” added Wong.

Governor Brown’s message to the group of nearly thirty businesses and dozens of economic/political leaders remained focused on his primary purpose for this trip to China, which is to promote clean energy cooperation and mechanisms to reduce global emissions.

California Center has been a valuable resource and advocate for numerous clean tech company efforts in China and even helped to launch the U.S. Smart Cities Alliance focused on smart energy solutions between the U.S./China.  California Center also recently opened a new office in Chengdu and has created a seamless operation that includes: consulting, shipping, customs clearance, warehousing, sales transactions and customer services for U.S. companies trying to connect in China. Through California Center’s portals, Chinese buyers can navigate through listed California companies seamlessly and with great ease.   California Center also has been working in Sichuan to build unique opportunities in the areas of: sports, entertainment, theme parks, media, high-tech, medical industries, as well as education, to further connect U.S./California businesses, elite educational institutions and respected groups and/or programs with partners in China.

Governor Brown was joined by U.S. Consul Raymond Greene; the Mayor of Luzhou, Mr. Liu Qiang, the Chairman of the Sichuan Energy Industry Investment Group, Mr. Guo Yong; Mary Nichols, Chairperson of the California Air Resources Board, as well as numerous top-level staff from the Governor’s team and Sichuan’s Bureau of Investment and Service representatives.

April 24th, 2017  (Davis, CA) –  In collaboration with the California Center, the Confucius Institute and Global Affairs at UC Davis has successfully organized a great event ” Taste of the Best China: A showcase of Celebrity Chefs ” at Robert Mondavi Institute for Wine and Food Science, UC Davis.

Eight top Chinese chefs displayed their culinary skills and allowed the event participants to taste the authentic Chinese cuisines from different regions, such as Hangzhou Cuisine, Sichuan Cuisine, Cantonese Cuisine and Yanghzou Cuisine.  The delegation of Chinese chefs led by Beijing Celebrity Chef Technology Co. Ltd. is invited to participate in the annual World of Flavors  at California Institute of America in Napa Valley. It was such a great pleasure to bring them to Davis to showcase their culinary skills.

More photos can be found at our Facebook page

California Center Makes a Splash in Chengdu, China with Grand Opening of New Business Connecting Facility in the Heart of the City’s High-Tech and Future City Center

The opening of the new facility signals a major milestone, building on an agreement previously signed between California Governor Jerry Brown and Sichuan Party Secretary Wang Dongming, a little over a year ago during a U.S./China Governors’ conference held on the U.S. west coast. The agreement called for increased collaboration in business, energy conservation, education, and cultural exchanges. The California Center in Chengdu will serve as a hub for that activity and as a home for many California businesses.<?

“We are so moved by all the wonderful support and cooperation we have received from the highest levels in government and from both the U.S. and China business communities to make this state-of-the-art facility in Chengdu a reality,” said Margaret Wong, President/CEO of the California Center!

At the celebration numerous projects related to new business in Sichuan were announced, including collaborations with major businesses like: Ledman, Dynacom and McWong. Also heralded, were efforts underway with major universities like UCLA, and the announcement of unique emerging business opportunities in sports and entertainment throughout the Sichuan region.

October 13th, 2016 ( California) – California Center arranged a delegation of 70 people from All-China Bakery Association to visit Traina Foods and Heart Ridge Farms. Founded in 1996, All-China Bakery Associaton(ACBA) is a nationwide trade association under the leadership of All-China Federation of Industry and Commerce(ACFIC). Led by U.S. Foreign Commercial Service, the delegation first attended International Baking Industry Exposition LLC (IBIE) 2016 Show in Las Vegas from Oct. 8th to 11th. After that they came to California to meet with suppliers.

In the morning of Oct. 13th, California Center led the group to visit the Traina Food, which was founded in 1926 and has been a full-scale provider of sun dried fruits and vegetables serving a global market. Willie Traina , the CEO of Traina Foods and Tom Ielmini, Director of Industrial Sales welcomed the group and introduced the company and its products to the group.

Former WNBA legend Ruthie Bolton was invited to the visit with the delegation. Her coming excited the group and everyone enjoyed taking photos with her. Ruthie started as a college basketball player at Auburn in the 1980s. A few year later, she led the United States women’s basketball team to the gold medal at the 1996 Olympics in Los Angeles.

More Photo about Visit to Traina Foods can be found on our Facebook page .